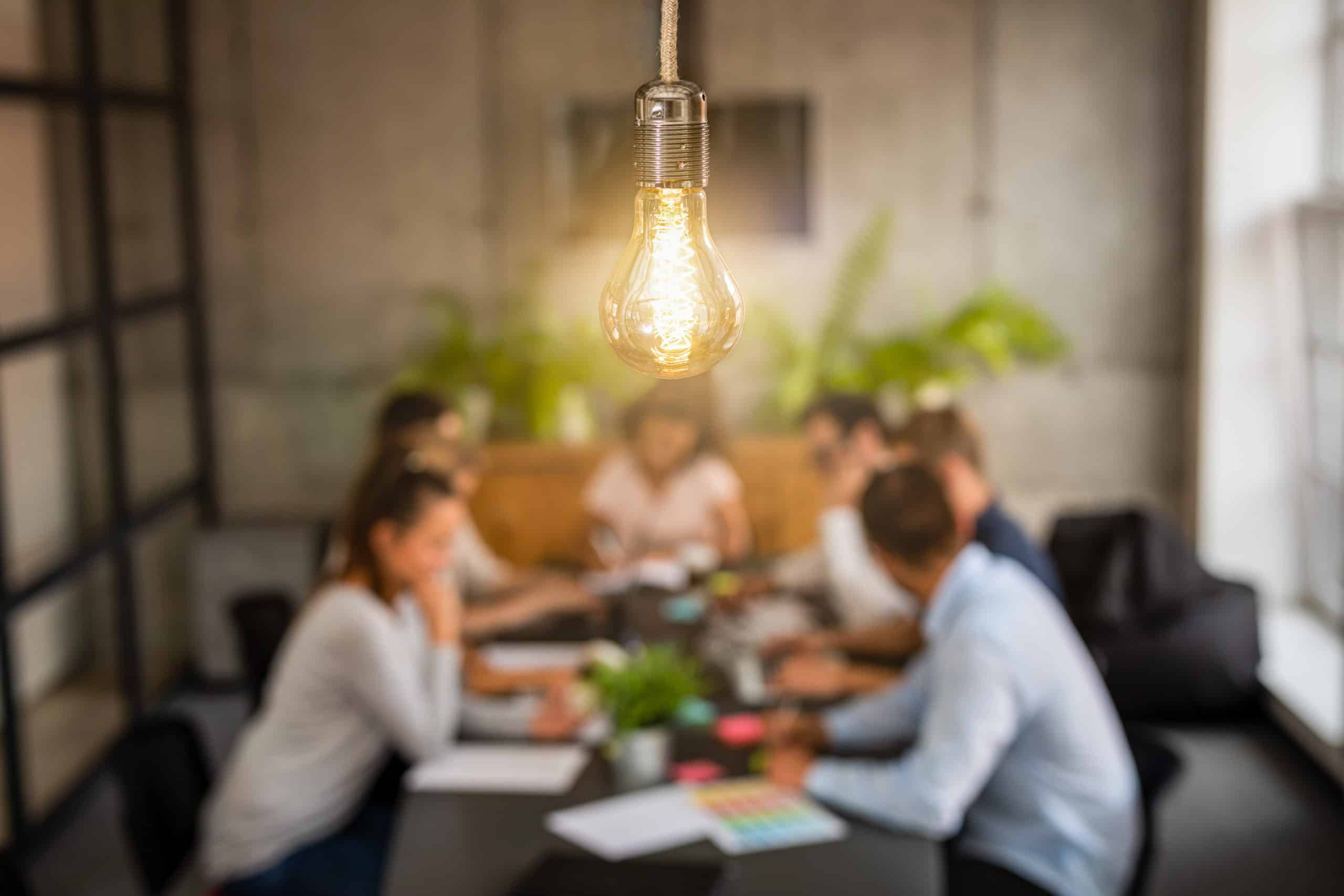 If project parties work more against each other than with each other, the project will drag on and fall short of its potential. A controlled, cooperative innovation process leads more quickly to success.

Co-creation is the concerted interaction of project parties (stakeholders) in the development of business models, processes or products. One co-creative approach is design thinking. Its goal is to design the optimal solution from the customer’s or user’s point of view in an interdisciplinary and iterative manner. From trend analyses, surveys, role plays, and collaboration with natural or institutional opinion leaders or trendsetters, also known as lead users in product development, the project team derives one or more fictitious sample users (persona), for whom it constructs, tests, and develops a prototype to readiness for use. After each stage, the team obtains feedback from the client and the users.

Benefit for your company

If you develop products without taking into account the customers’ wishes, you waste time and money. To make sure that a product idea or a solution approach meets the needs of all user groups, it is essential to consult with expert representatives again and again throughout the development process. Ideally, constructive cooperation between the project parties will uncover previously unrecognized problems or produce long-sought niche solutions. The prime example of such synergy effects is the cooperation between electricity providers, car manufacturers and municipalities in the development of electric mobility suitable for everyday use.

The innovation process follows a step-by-step plan (Fig. 1). It is essential to complete the work at the current stage before moving on to the next. If the developers encounter unexpected hurdles, assumptions turn out to be wrong or the result fails to meet the specifications, the team continues to work on the stage in question until everything fits.

Three procedures are common in co-creation

The innovation process begins with eliciting and understanding the need. What problem does the client or user have to solve? What motivates him to buy or use the product? The following methods and tools help in this process.

By combining demographic characteristics such as age, gender, occupation, income, education or hobbies, the project team defines one or more fictitious sample users, so-called personas, at stage 1 of the innovation process. The team determines which characteristics of the persona are relevant for the product and to what extent by observing and interviewing them. Instead of classic user roles with few dimensions such as student, entrepreneur or mother, it develops the product for differentiated, imaginary individuals. By giving each persona a name and fictitious resume, developers find it easier to empathize with the persona’s interests and design the product from their perspective. Persona development takes a few hours.

After identifying the target groups and their wishes, developers analyze all project parties (stakeholders), their interests and any interdependencies. The following questions help in this process:

Environmental analysis is the recording, investigation, evaluation and documentation of external influences on a project. It precedes project planning in the narrower sense. The environment analysis records and documents, among other things:

A stakeholder matrix (Fig. 3) visualizes the relationship of each project party to the problem or its solution. This gives developers an overview of acute or latent conflicts of interest.

The spectrum of methods for researching the interests and wishes of target groups such as customers, users, and citizens ranges from recording the customer or user journey to trend analyses and explorative interviews. The user journey is a flow chart of a user’s interaction with software or another product. It provides information about what the user expects from the product, how well the interaction works, where there are problems, and what could be improved.

Trend analyses help to assess the evolution of a business model’s environment. What will drive customers, consumers, and voters in the coming months or years? How is the economy doing? Where is technological progress headed? How will politics react? The answers to questions like these are incorporated into a trend radar that visualizes the opportunities and risks of a business model (Fig. 4).

From the analysis of the initial situation, the opportunities and risks, the project team formulates its goal in the second stage of the innovation process. This is where methods such as “How might we? (HMW, roughly: “How might we achieve X?”) or so-called orientation maps come into play. HMW is about mobilizing the creativity of the participants with concrete but open questions about core elements of the project goal or the planned product. HMW questions are also called focus questions.

The orientation map (orientation matrix) outlines the project’s or product’s scope of possibilities. It shows the fields of action in which operational or technical innovations such as digitization will create sustainable value. Scenario analyses and exchanges with lead users help to define this space.

Design thinking has proven its worth for developing and collecting solution approaches or product ideas. Design thinkers approach the expectations and interests of target groups in an interdisciplinary and iterative manner. The resulting ideas are systematized, evaluated and concretized through further research.

The elevator pitch reduces an idea to its core and the most important steps for realization. The presentation should be so concise and clear that it could be conveyed to an outsider during the duration of an elevator ride. A form helps you to formulate it. In it, you record the “pitch” for reuse and optimize it iteratively based on the feedback from your discussion partners.

The project team invites real stakeholders to take part in role plays. For example, to reflect the interests of a city, citizens from various demographic groups are needed, as well as representatives of the local authorities and private service providers.

From the feasible solution approaches, the project team selects the one that meets with the broadest approval among the project parties. Now it must be shown how this approach proves itself in practice. To do this, the team first develops a prototype. If the representatives of the target groups accept it, the project owner negotiates further steps in parallel with the development, such as cooperative ventures for expansion or scaling. If the prototype fails, the stage is repeated with the next best approach until a viable solution is found.

A popular tool for analyzing, improving and further developing a project or product idea is the “Business Model Canvas” (BMC), a tabular template for the condensed presentation of a business model. The “canvas” provides a framework of nine headings, each of which describes a core element of the business idea – from customer benefits and the targeted market segments to costs and revenues. Based on target questions, the team fills in the nine headings in keywords. This gives them an overview of the project’s or product’s chances of success and the interdependence of the success factors.

Once the team has decided on a business idea or a design concept, it presents it to representatives of the target groups, analyzes their response and collects suggestions for improvement. Suitable methods include usability tests, A/B tests or rapid iterative testing & evaluation (RITE), focus groups, expert interviews or online surveys. If the idea or design passes the series of tests, the team works it up to deployment or market maturity.

The innovation process ends with clarification of the financing of live operation or series production and the integration of the solution into the current business model. Checklists help to report on the realization and to track the market entry or live operation.

Get in touch with us

With the customer in mind: UX as the key to success

What is the measure of a software’s success? Shareholders would probably answer: profits, the lead over the competition, test scores. But these are all secondary effects. Their common condition is that the users of the product are convinced by its design and handling.

The power of the voice

Voice assistants have evolved from a gimmick to a real force to be reckoned with and are also playing an increasingly important role in cars.