The 960 food banks (ger.: Tafeln) in Germany feel every day that the economic situation has become worse for many people. More and more people are turning to one of the food banks for the first time and asking for help because their money is not enough to live on. New people in need include refugees from Ukraine on the one hand, and the unemployed, low-income workers and pensioners on the other. Most of them are people who somehow managed to make a living before, but now can no longer afford the high prices for food, fuel and energy.

More than two million people in Germany regularly come to the food banks now – more than ever before!

The food banks also feel the rising prices painfully, but can hardly save: Both the trips to donors and the electricity for lighting, cold storage rooms, etc. are absolutely necessary for their operations.

The situation is exacerbated by the fact that many food banks are receiving fewer and fewer food donations that they can distribute to their customers. Nearly one-third of the food banks have already had to introduce an intake freeze because there is no longer enough food to meet demand. In addition, smaller quantities are often distributed to each household in order to support as many people as possible.

More in need, fewer donations and higher costs: food banks are currently under greater pressure than ever before. Despite the more difficult conditions, the 60,000 TAFEL activists continue to work tirelessly and with all their might against waste and poverty. Consileon Business Consultancy has its headquarters in Karlsruhe and has therefore been supporting the Karlsruher Tafel, a food bank in Karlsruhe, for several years. This year, however, Consileon does not only want to donate money, but also wants to contribute to more attention being paid to the issue of poverty. That is why we asked the honorary board member Joachim Ruf of Karlsruher TAFEL e. V. for a short interview in which he gives a vivid description of the current situation.

Mr. Ruf, what offer can you make to people in need?

We “rescue” food from supermarkets, bakeries and other stores and distribute it to needy individuals and families. For many, our offer is existential. Otherwise they would have hardly anything to eat for days. Only those who can prove their neediness can become our customers.

How many people are currently using the service in Karlsruhe?

Three independent food banks operate in Karlsruhe city. The Karlsruher TAFEL e.V. is the oldest one in the city and serves about 1,400 people per week. This year there are definitely more than last year. Many people simply have too little pension or income to be able to absorb the increased fixed costs….
Unfortunately, however, the demand is so great that we – like all other food banks here in Karlsruhe – have had to impose an admission freeze.

What are the biggest challenges that the food bank is currently facing?

This can be summed up quickly: Fewer and fewer goods meet a growing number of people in need… That doesn’t fit at all. Unfortunately, I don’t have high hopes that things will get better in the coming year. On the contrary. The stores are calculating more and more cautiously and are giving away less – but on the other hand the need will increase.
We can use all the help we can get in this situation, be it through volunteer work or donations of money or food.

Is there a special offer for Christmas at the Tafel Karlsruhe?

We are fortunate to have a number of supporters who have been donating chocolate Santa Clauses and other sweets to us for many years. This enables us to sweeten the time of Advent and Christmas for our customers, especially the children.

Donations instead of gifts – according to this slogan Consileon supports further organizations and associations.

His motivation for his voluntary commitment: “I have been able to experience many wonderful professional and private moments in my life and would like to give something back to society.”

Would you like to find out more about the food bank Karlsruher Tafel or even support it?

You can find more info here:

Recommended articles on the topic of responsibility 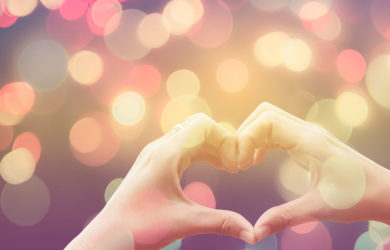 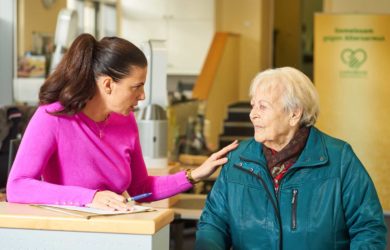 “So that the fridge doesn’t remain empty at Christmas…”

A lifetime of work – and yet the pension is not enough. This is the fate of three million people in Germany. Consileon supports the LichtBlick Seniorenhilfe e. V. association, which works to combat poverty among the elderly. An interview with LichtBlick founder Lydia Staltner.