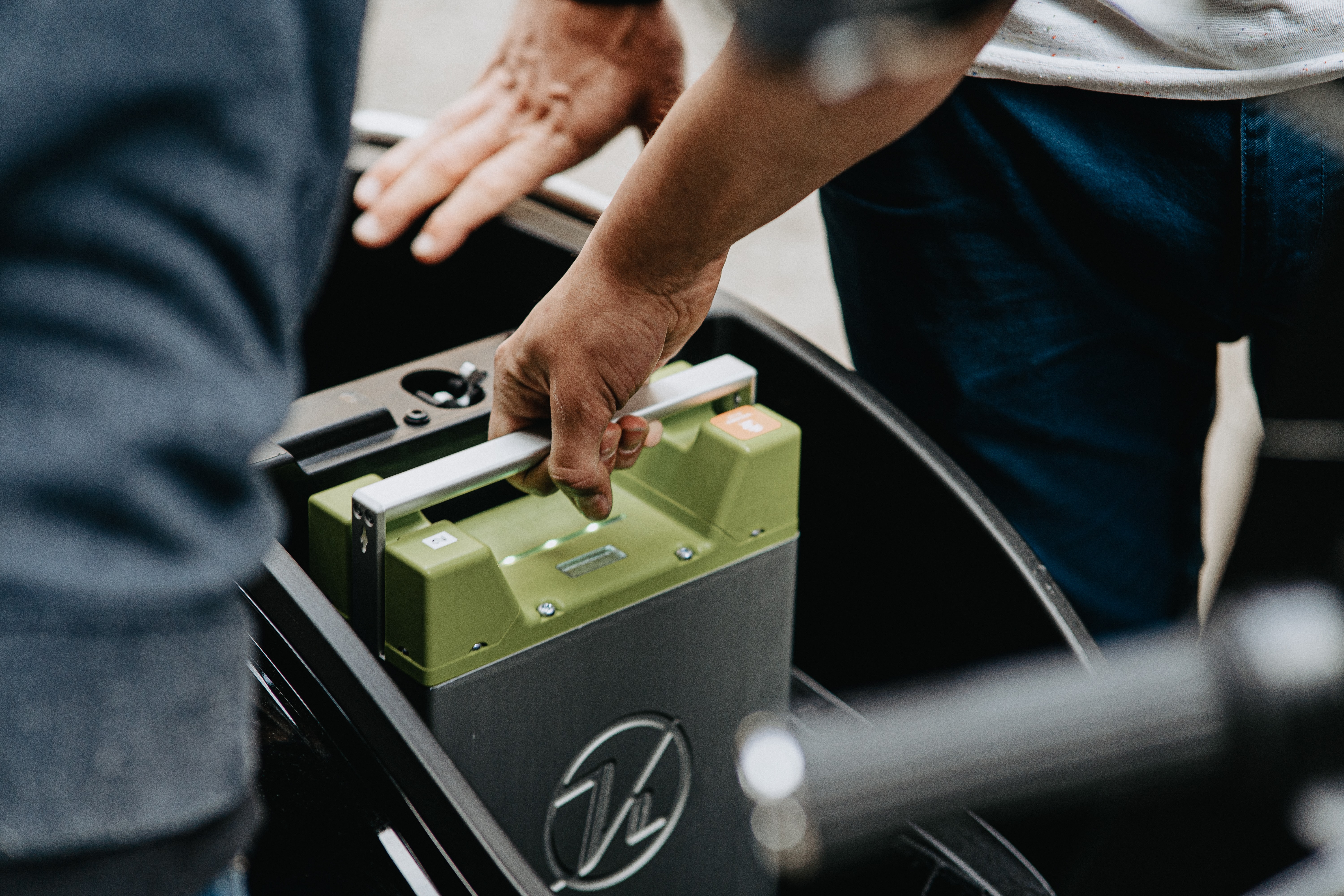 Separation of battery and e-car

Again and again, e-cars are confronted with the comparatively low range. The Chinese supplier NIO proves that there is more than one way to solve this problem.

In China, there is currently a debate about the option of separating the e-car from the battery.

The Chinese electric car start-up NIO is aiming for this. In the future, the battery will be on the road as part of a “BaaS (Battery as a Service)” offering. The idea brings back memories of Renault’s concept for the Zoe. For this, NIO wants to establish its own company to manage the battery resources. An investment by leading Chinese car battery manufacturer CATL is also under discussion. Capital firms Guotai Junan Financial Products and Hubei Provincial Science and Technology Investment Group are also involved. All four companies want to invest around 25 million euros in the joint venture. So “battery banks” are to be created. The driver of an NIO e-car will thus be able to have his or her needs completely met: Instead of buying the battery, it will be rented. For example, a small battery pack is selected for trips in the city, and a large one for trips on vacation.

In China, the company benefits from an exemption rule for the subsidization of electric cars. This normally only applies to passenger car models up to a limit of 37,000 euros and would therefore no longer apply to most NIO models. However, vehicles with battery exchange systems are still supported by the Chinese government above this price. When buying an NIO, one decides not only on the model itself, but also on a charging model: The option of the exchangeable battery reduces the purchase price of the vehicle and a monthly battery rental fee is added. Swapping, on the other hand, is free of charge.

As the Chinese automaker reported back in the middle of the year, the company reached the milestone of half a million battery changes in China on May 25 with its NIO ES6 and ES8 SUV models – and that in two years. To that end, NIO now operates a network of 143 automated battery swap stations in China, where a robot removes empty storage and installs a fully charged one within minutes. A further 300 stations are planned for 2021.

In China, battery swap boxes offer a real alternative, as there is simply no space for large charging infrastructure in the megacities. The long distances in China are also a good area of application: for example, the G4, which connects the north with the south of China over a distance of 2300 kilometers: NIO set up its first pilot project there. One box took up the space of three parking spaces, took 18 hours to install, and has four batteries on hand that take an hour to charge. Battery demand is monitored in real time via mobile Internet. The technology is already in use in China. NIO plans to expand to other Asian countries and Europe in the future, but with a horizon of one to two years. By 2024, they want to be represented internationally.

However, this simple-sounding idea of “exchangeable batteries” still holds some challenges. The Better Place company drove a spectacular $850 million into the wall with a similar project in 2013. The battery-changing stations at the time were too expensive, too big and not yet technically mature. NIO has acquired many of the patents and now wants to implement this more cost-effectively.

It takes about 3.5 minutes to change the battery; including entry and exit, the job is done in around five minutes. In the vision, the vehicle already drives autonomously into the exchange box; in reality, it still has to park itself.

According to NIO’s CEO, William Li, the technology will work unlike Better Place’s for two different reasons: First, he says, it is significantly less expensive (about one-tenth of Better Place’s boxes) and second, it is much more technically advanced. For example, automatic lifting platforms are installed in the boxes, making it easier for the changing robot to place and mount the battery with millimeter precision. Nevertheless, problems remain: The costs are still quite high, technical errors occur, and the boxes are currently still maintained by humans, so they do not yet work fully automatically. Interchangeable batteries are one possible solution to the range problem. But so is a well-developed fast-charging infrastructure. The perfect solution is probably a mixture – as NIO is striving for.

We deliver cross-technology solutions for our customers – from innovation to implementation.

Development of a MARKETING.APP as the central module for sales advice and vehicle presentation.